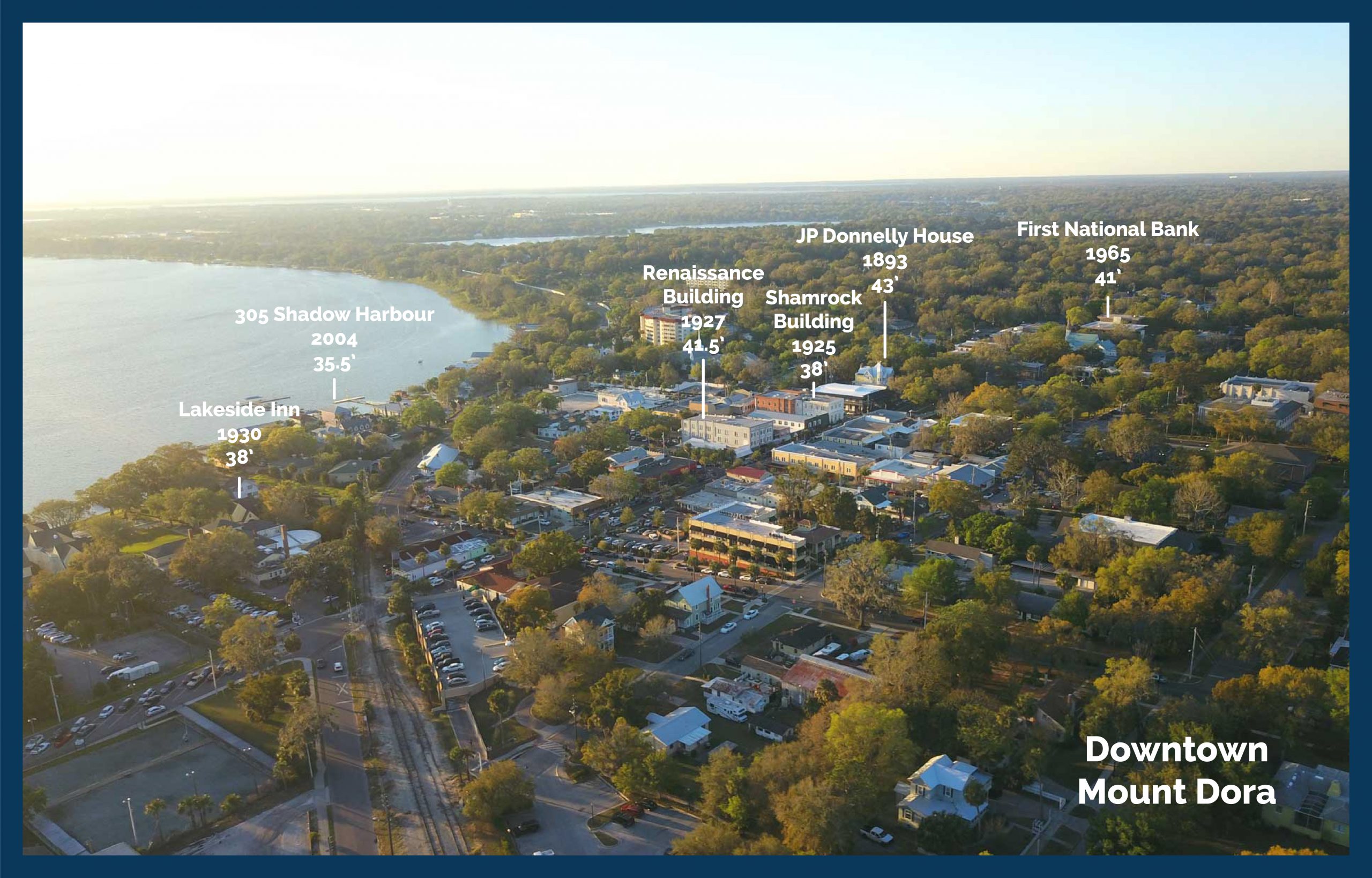 “You know something crazy is happening when you see open parking spaces in downtown Mount Dora.” This sentiment – expressed by a local resident who wishes to remain anonymous – illustrates the problematic reality currently facing the City of Mount Dora. Long before the pandemic-induced economic downturn of 2020, the City has been fighting an uphill battle in terms of economic sustainability.

Time and the promise of an effective vaccine rollout has led to a recent increase in “normal” activities. Residents are eager to get out and spend their dollars–in the right place, at the right time, for the right reason. Naturally, as residents and business owners, we want that place and time to be here and now, and the reason has never been more “right” or important. As we continue to redefine “normal,” Mount Dora should seize this opportunity to improve future economic stability with a renewed commitment to smart development.

In 2011, the City of Mount Dora created a Citywide Visioning Study “to help ensure the alignment of various functional master plans and guide the long-term strategic development and redevelopment of the City and its immediately surrounding areas.” In 2012, the City released the Envision Mount Dora Implementation Plan, “clarifying the City of Mount Dora’s values, economic position and desired development characteristics.” Outlined within this plan are specific catalyst capital projects, including “expanded parking strategies.” Also suggested are smaller actions “…that strengthen the City’s charm, including encouraging flexibility where appropriate, such as strategic increases in building height limits at specific locations in the downtown core…” in order “to provide incentive for revitalization and investment in the downtown core.”

“Development” is a buzzword that tends to get a bad rap, especially in historic areas. However, responsible development is crucial to the local economy. New development or redevelopment increases economic activity, from the labor required for such work to the new business projects generated. Commercial property development increases a city’s tax base, reducing the burden on residential taxpayers. That’s on top of the simple fact that new, unique development can breath excitement into the city, enticing further growth.

Mount Dora openly acknowledges that its building code has turned away developers. In the 2016 advertisement for City Manager, the City notes, “Mount Dora’s ‘strict’ development standards have caused some developers to take their projects to neighboring communities – – there is an interest in changing the perception that Mount Dora is unfriendly to developers without lowering development standards.” Mount Dora needs to–and deserves to–raise its development standards. A city where “tourism is vital” because it’s the “only industry” needs a strong foundation for long-term economic vitality, not a problematic building code that, per the City’s Envisioning Implementation Plan of 2012, is a “critical constraint on the ability of the downtown to sustain its long-term economic vitality.”

No one is advocating for a concrete jungle that will tear down history and obstruct the natural beauty of the downtown landscape. We need smart, sustainable development that will ensure the longevity of Mount Dora as a destination.

There’s a misconception that increasing the maximum building height by 20’ (from 35’ to 55’) will be a detriment to our peaceful, quaint city. In reality, there are already historic buildings that fall between 35’ and 50’.  Although the Renaissance Building was recently reported as being 35’, a private survey has recorded that it actually stands at 41 feet tall. There are several other buildings that don’t fit within Mount Dora’s current height restriction, including two (noted below with asterisks) that exceed the current building code’s height restriction of 25’ on buildings within 100’ of Lake Dora:

The fear that a height increase will lead to historic downtown Mount Dora being replaced with five-story concrete boxes is unfounded. The municipal Land Development Code (3.6.1) ensures that all other options are exhausted before approving demolition as a last resort. This is a valuable ordinance. Adjusting the City’s current height restriction in strategic areas would not affect that. At the same time, it would allow Mount Dora to grow in ways that enhance the downtown core. In fact, there are three specific areas where increased building height would be helpful. The Envision Mount Dora Implementation Plan of 2012 indicates that the City “should consider increasing the height limit to 50-60 feet in areas such as:

On March 5, the City released a Request for Proposal (RFP 21-CM-007) soliciting bids for development of two parcels, one owned by the City and the other by the Community Redevelopment Agency, into parking facilities. The plan calls for at least 495 parking spaces, either as a parking garage or a mix-use development that must include at least two different uses, such as residential, office, or commercial retail, etc. This is exactly the kind of development that’s needed, and it’s in an area conducive to increased building heights.

After years of studies, now is the time for the City to take action. It’s time to use the safeguards we have in place to protect our City, its history, and its resources, but not in such a way that threatens our City’s future.

Mount Dora should execute the Envision Mount Dora Implementation Plan of 2012, increasing the building height limits in specific areas of downtown. This should be done not to accommodate developers, but rather to ensure long-term economic sustainability for the City by managing smart development. The goal is to support a thriving downtown Mount Dora that is here for decades to come. It’s time to think objectively and proactively about development. It’s time to put a decade-old “3 to 5 year” plan in motion.

At 10 a.m. on April 21, 2021 the City of Mount Dora will hold a public Planning & Zoning meeting to discuss an ordinance that will change the current height restriction of buildings from 35 to 55 feet. The vote on this issue is scheduled for May 17, 2021. Residents are encouraged to attend the discussion and decide whether or not the known benefits of smart development are a solution for Mount Dora. At the end of the day, future development is necessary in order to keep the area vibrant and truly someplace special.